What is Piezo Rhinoplasty?

Piezo is the surgery system that uses electric power and produces ultrasonic vibration in a metallic tip allowing the surgeon to “sculpt” the nasal bones themselves. The surgeon can alter the shape and the thickness of the bones without damaging the surrounding soft tissues and sometimes even cut the nasal bones if necessary 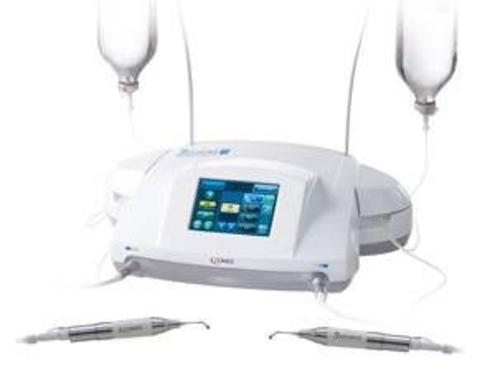 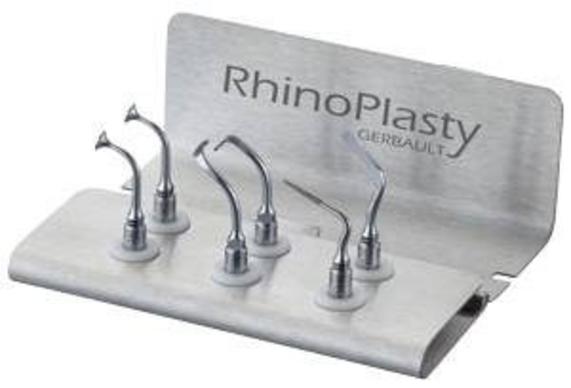 In 2013 everything changed with the construction of a series of special microtips dedicated to rhinoplasty, and a totally new rhinoplasty surgery technique that was developed by the globally renowned pioneers of the new system Olivier Gerbault (France) and Milos Kovacevi c (Germany). 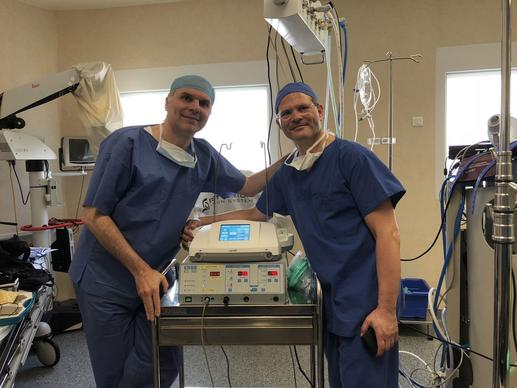 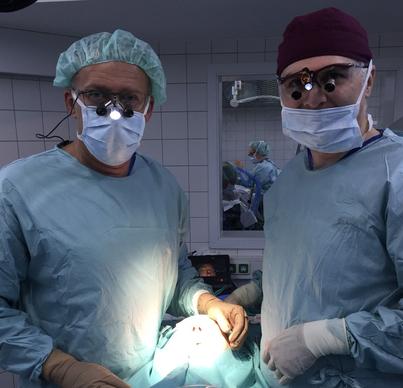 Dr. Mireas was trained by these two pioneers of the system in Paris and Hamburg and finally became the Greek Expert in Ultrasonic Surgery in 2017

These are the main reasons why since 2017 Dr.Mireas has exclusively utilized piezo in all the rhinoplasties he performs.

As a rhinoplasty expert and opinion leader for the Piezo rhinoplasty system, Dr. Mireas is an invited speaker and round table’s moderator at the most prestigious Congresses and Rhinoplasty Meeting globally representing Greece’s ENT community 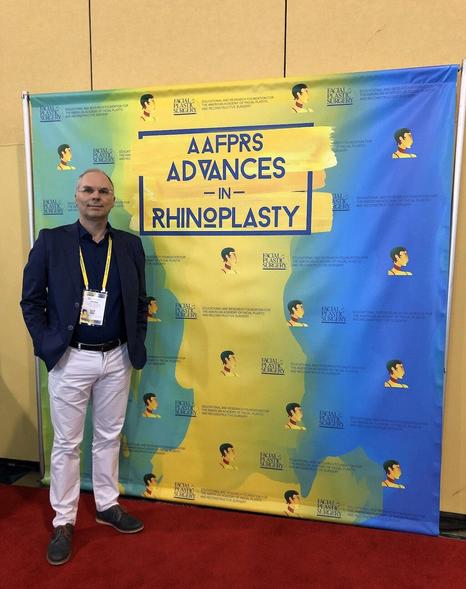 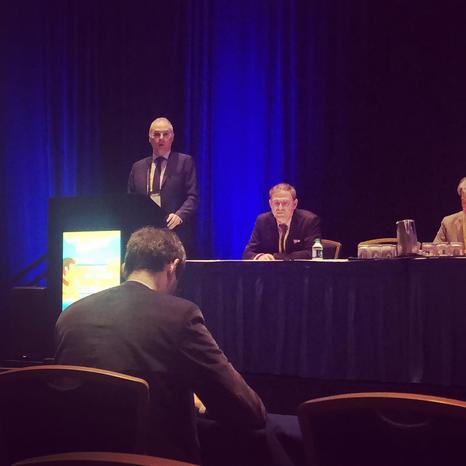 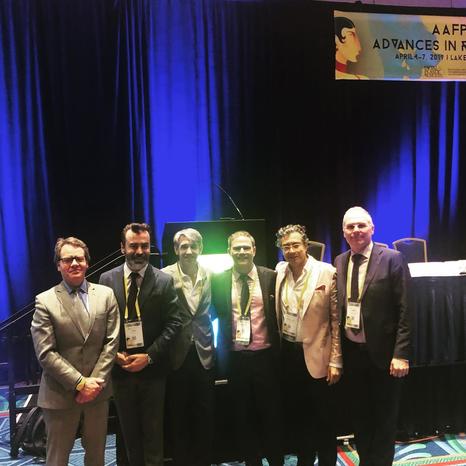 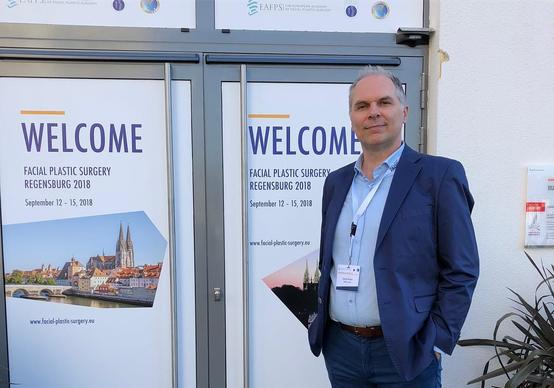 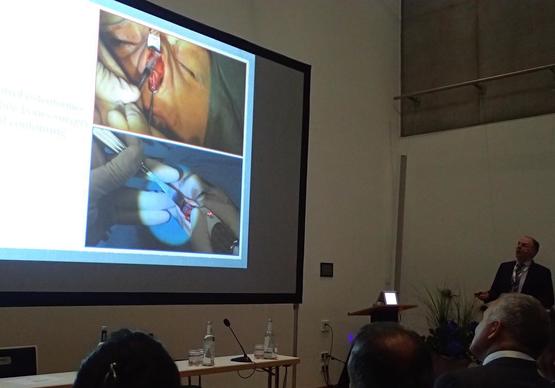 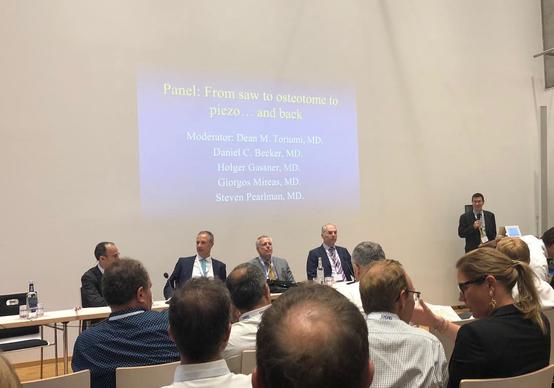 Old Techniques and their Drawbacks

Conventional surgical instruments have been much the same for over a century now with only some slight improvements and modifications.

The key tools used in bony vault surgery are saws, rasps and osteotomes

Traditionally, the main goals of the surgeon during a rhinoplasty were

Often, the outcome of a surgery performed by these conventional tools was satisfactory but a significant percentage of nasal bones do not breake at the exact spot the surgeon would prefer or the osteotomy line is not the perfect one.

This created slight or serious deformities or even nasal breathing problems

Moreover, the bony part of the surgery was always the totally blind part of the operation even when an open approach was followed

Ultrasonic rhinoplasty is totally different to the conventional procedure and in general with Piezo:

Particularly in revision surgeries with many complications, the decision for a revision was until recently, extremely difficult to take.

Today with the ultrasonic system everything is easier because:

Why Piezo surgery is so revolutionary for surgeons?

Piezo offer a surgeon so many different and easy solutions to severe problems he/she might have to deal with. 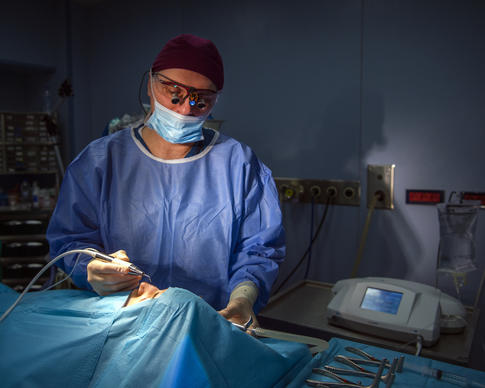 So, with Piezo the surgeon:

Your visit to our Rhinoplasty Center, the Consultation and the 3D Simulation with the Vectra 3D Imaging System of Canfield Scientific, NJ – USA

After taking your personal history, Dr.Mireas performs and records an endoscopy of your nose in order to explain to you on the screen everything concerning the architecture of your nose, like septum deviations, spurs, inferior turbinates’ hypertrophy as well as any other anatomical issues.

Then, with the use of the Vectra 3D Imaging System of Canfield Scientific, NJ – USA which is the most advanced and sophisticated system worldwide for rhinoplasty surgeries, a 3D image of your face is taken and analyzed. Together with Dr. Mireas you can discuss about everything you might want to change to your nose and actually see it in the 3D simulator and finally decide what’s the best choice for your face, eliminating all your worries and hesitations prior to surgery

Our Specialized Anesthesiologist will examine you after reviewing your full preoperative examination results, which include blood tests, chest X-rays and HCG

The duration of the surgery varies from 1.5 to 4 hours depending on the case

Just 6 hours after the surgery you can leave the hospital. You can also leave the next day if you find it more convenient to you

Four to six days after surgery we remove the external thermoplastic splint that was placed during the operation. This removal is totally painless and lasts only one minute.

We usually perform a slight cleaning of the nose and we remove three tiny stiches. The whole procedure lasts no more than 5 minutes and is completely painless.

After splint removal the patient can safely return home at once. For international patients we must highlight that they are fit to fly without any kind of restriction regarding their destination. Even patients who have to travel overseas can return back home safely.

Even so, within the strong relationship we develop with our patients, we recommend a second visit 1 year after surgery as well as another one in the 3rd or 5th year postop. Patients from abroad honor us by sending several photos by email from their home countries

My Rhinoplasty from A to Z

See a step by step procedure towards your rhinoplasty surgery. Starting from your first visit to our Rhinoplasty Center, passing through the Surgery day and reaching the easy post-op period.

The Uniqueness of Exelixis Medical Institute

Patients that come to us immediately get a precise idea of what to expect from their own fully customized rhinoplasty surgery.

Dr. George Mireas, head of our surgery team, is a member of the “Emerging Trends and Technologies Committee” of the American Academy of Facial Plastic and Reconstructive Surgery (AAFPRS). He specializes in rhinoplasty surgeries and has been the Opinion Leader of Greece in Diamond Piezo Rhinoplasty since 2017.